And lovelier than ever. JEZ: I hear you. JEZ: You know how it goes. Star in a book or two, get some time off to do naughty things, then gear up for another romp between the sheets. Of paper, of course. For our listeners, be warned: spoilers follow.

Neither as worldview nor in terms of being entirely on either side. But why nothing so stark, sweetie? Are you only shades of gray? I went from the family of Fate, who are all law and order all the time, into the arms of Chaos, where the only rule is do as thou wilt. Unfortunately, that leaves me standing out in the middle of the field with all those rocks zipping by. JEZ: Hmm. Best learn to duck, then. Or get better armor. Next question: Cerise or Tisiphone? I will always love Cerice on some level. She was one of the few members of my generation of the Greek pantheon whom I actually liked.

She even saved my life. Next question: Greek or Norse? Even if I could talk my Greek peeps into leaving me out of all the inter-pantheonic sniping, there are simply too many gods and goddettes who have a personal stake in my appearance on the cosmic obituary page.


JEZ: Fair enough. Mel or Laginn? Because of course Ravirn would pick you. The part that actually thinks. JEZ: And with that, we segue into thinking with the other head. Sex or chocolate? Definitely sex. 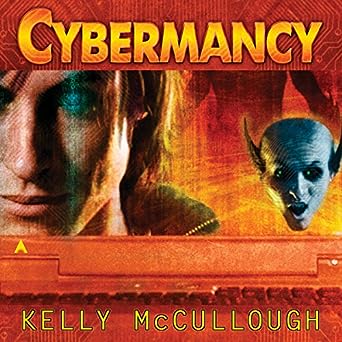 With chocolate after. JEZ: Mmm. Raven or Ravirn? What was the question? Oh, right. I hope. Or at least go pick on some other central character for a while. JEZ: Some writers manage to get distracted, even with the deadlines and bills. I love a challenge. Combination of Greek mythology and technology isn't exactly boring, although some things might sound dated today.

Awesome things I'd like to have: a webgoblin of my own even an opinionated one would work. I may try this again, though. Jul 24, Kelly H.

Maybedog rated it liked it Shelves: what-not-mm , what-sf-fantasy-crossover , what-modern-fantasy , what-male-protagonist. A good first novel, with reasonable sounding tech even years after it was written. The characters are strong and interesting, although the main character isn't always that bright considering what a good hacker he's supposed to be. I absolutely adored his familiar and the vegetarian troll.

The three Furies were also fabulous in a frightening way. The action never stops and the hero is constantly being injured so severely he's often incapacitated but I love that so it worked for me. He has goo A good first novel, with reasonable sounding tech even years after it was written. He has good supportive friends and the good folks are full of snarkiness and sarcasm. Best of all, Ravirn learns from his mistakes and he grows during the course of the novel which earns major points from me. Something felt a little off about the story, though, mostly in the first half but I'm attributing it to first book awkwardness.

I think the love interest stuff was too much, too soon and too fast as well but she was every bit his equal. The only possible sexism is that two female characters talk about sex constantly.

It this is in a Greek pantheon and that fits right in. The women are very strong and intelligent, both good and bad and complex. Their world is t as. Lack and white as most UF which is good because Greek mythology wasn't either. I like the focus on the Fates and the Furies, rather than the traditional gods as well and I like how clear it is that these are the goddesses that really have the power over the life and death of everyone including each other. I don't like the virtual reality way of looking at programming. I guess the idea is to make it fit with magic when he actual enters the code with bis mind and sees it like he would see something in physical reality but I think it's a cop out to make it easier to explain things.

A good programmer doesn't need a visual image to code. At one point the Ravern is looking at the graphic representation of code onscreen and, referring to a gateway, says, "It looked something like a subway tunnel They were all excellent programmers and all the old magic like spells and ley lines had all been converted to computer code. Faerie rings were no longer used because they were too dangerous. I just didn't buy that a technology that's considerably less than a century old immediately and thoroughly supplants magic that has been using the same methods for millennia.

I think this would have worked a little better if there were another explanation such as that in one of the realities computer science had been around for 's of years already or that time passed faster in faerie or that something horrific had happened that made the old ways very dangerous. I just needed something to make it more believable. But I did enjoy it and will read the next one.

After all, one of my very favorite series, Downside Ghosts, is based on an even more ridiculous premise. Once you accept the premise, the rest is brilliant. Maybe that will be the case as this series progresses. At the very least, it is a fresh idea in a genre full of same old same old. Dec 12, Cathy rated it really liked it Recommended to Cathy by: Penguin list. Shelves: magic-users , science-fiction , fantasy , mythology , cyberpunk.

Great premise - the Greek gods are still around. When computers were developed the Fates began using them to do their work. One of their grandchildren, Ravirn, is asked to debug a program for Atropos that will remove free will from humans. He doesn't want to do it, adventures ensue. Looking forward to reading the next 2 in the series that are already published. Books 4 and 5 have been contracted, according to the author's website. Mar 15, Mir rated it liked it Shelves: mythology , fantasy , parallel-dimensions. More like 3. Best line: "You'd have done the same for me, though with less panache.